Undercover footage of the latest deep sea mining tests in the Pacific Ocean shows the discharge of waste directly into the sea [1]. The tests were carried out between mid-September and mid-November 2022 by Canadian miner The Metals Company (TMC) and its Swiss operating partner and shareholder Allseas using the drill ship “Hidden Gem” in the Clarion Clipperton Zone between México and Hawaii. Scientists who were monitoring the tests and have requested anonymity allege that flaws in the scientific program's monitoring system, poor sampling practices and equipment failure make the data collected meaningless.

“Deep sea mining company The Metals Company and its operating partner, Allseas, demonstrate a blatant disregard for the environment and to people around the world who depend on healthy oceans. The exposure of this incident and scientists' criticism of the companies' approach provide yet more reasons why deep sea mining should not be allowed to start on a commercial scale,” said Louisa Casson of Greenpeace International’s Stop Deep Sea Mining campaign.

The footage recorded during operations shows wastewater containing rock debris, and sediment sucked up from the seabed directly discharged at the ocean surface, with unknown toxicity and ecological impacts. “The incident has not been publicly reported by the company. It highlights TMC’s technical and scientific incompetence and that it cannot be trusted by investors, the general public, national governments or regulators,” said Dr. Helen Rosenbaum of the Deep Sea Mining Campaign.

Testimonies from scientists responsible for monitoring the tests and gathering scientific data calls into question the scientific integrity of TMC and Allseas [2]. According to these scientists, inappropriate instrumentation was used to measure the sediment plumes generated by the deep sea mining operation and the test methodology was not informed by plume physics. Sediment plumes will be a key environmental impact of this extractive industry due to their potential to smother and poison life forms over a wide area both horizontally and vertically in the water column. In addition, scientists allege that attempts were made to influence the independence of sampling activities. For example, according to these reports, scientists have been asked to take plume samples in clear water outside the plume’s path. Furthermore, staff overseeing the monitoring reportedly had no prior experience in offshore measurements of this kind.

Dr. Catherine Coumans of MiningWatch Canada stated: “The International Seabed Authority played a significant role in the failures of this latest deep sea mining test and has also failed to publicize the unauthorized dumping of mine waste. In its rush to approve the test without following appropriate procedures, many key elements of a professional monitoring trial were lacking, including ensuring adequate access for independent observers, transparent and timely public reporting and sufficient whistleblower safeguards. This test highlights the ISA’s lack of transparency and credibility as a regulator and the very immediate risks posed by deep sea mining on marine health and biodiversity of the ocean, our global commons.”

Dr. Helen Rosenbaum of the Deep Sea Mining Campaign (DSMC) stated: “The TMC and Allseas deep sea mining operation in the Pacific provides a serious reality check for the liabilities that small island states, such as Nauru, Tonga or Kiribati may be left with. These countries have all entered into contracts with the very same company who has now been shown to pollute and not come clean about it. DSMC’s visual investigation Blue Peril predicts that over a 30 year licence period TMC and Allseas would destroy an area of seabed hosting unique and diverse ecosystems equivalent to the land area of Hawaii. This was modelled in the same Nauru licence area in which these companies have just tried to cover up pollution.” Blue Peril also predicts it would take only three months for pollution created by TMC in its Tongan license area to reach the waters of Kiribati and Hawaii.

[2] Anonymized testimonies from scientists are available upon request. 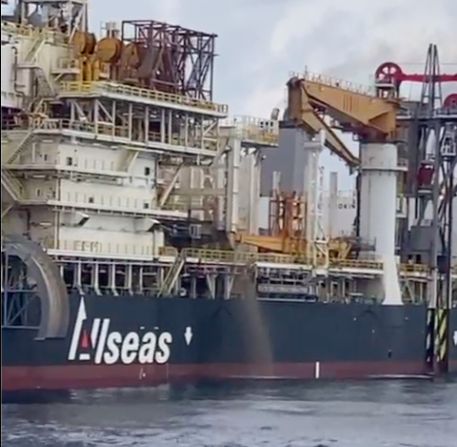 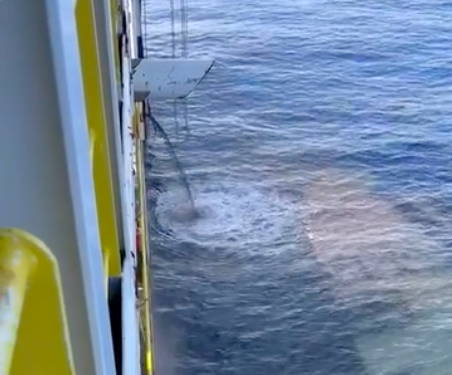 Letter to The Metals Company from the Deep Sea Mining Campaign, MiningWatch Canada, and Greenpeace International