No Means No: The Kitchenuhmaykoosib Inninuwug and the Fight for Resource Sovereignty

In 2006, a remote Ontario First Nation, Kitchenuhmaykoosib Inninuwug (KI), said 'no' to a mining company, was sued for $10 billion, had its leaders found in contempt of court and jailed. but eventually prevailed when, three years later, the Ontario government paid the company $5 million to go away. This 7-page e-book by KI's political advisor and former MiningWatch board member David Peerla tells how it all happened.

No Means No is also available at:

Wawatay News has a review of No Means No here. 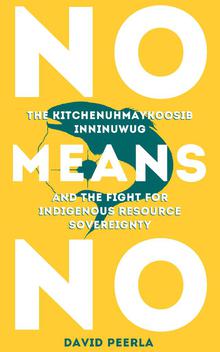 NO MEANS NO: The Kitchenuhmaykoosib Inninuwug and the Fight for Resource Sovereignty