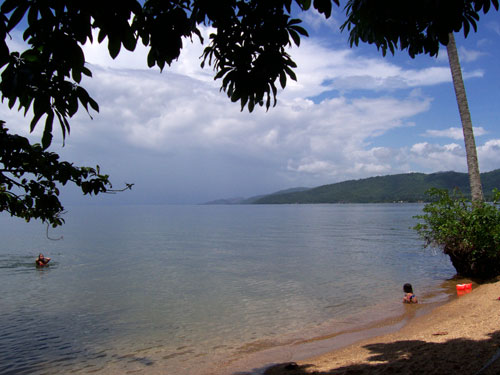 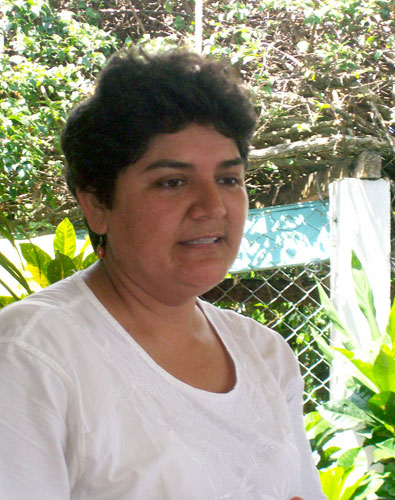 By Ken Luckhardt, Chairperson, PBI-Canada and Board Member, MiningWatch Canada

While the daily pages of the Globe & Mail’s “Report on Business” announce the latest bidding wars for corporate control of the international nickel industry, the Indigenous Mayan people of Guatemala are saying “no” to mining projects imposed on them without consultation and without consideration for the environmental damage that will inevitably result.

On September 17, 2006, in northeast Guatemala, over 2,000 Q’eqchi’ Maya people occupied three separate areas on the mine site of Compañía Guatemalteca de Níquel (CGN), a subsidiary of Vancouver-based Skye Resources. Skye is the successor to INCO, which first laid claim to the site in l965 and operated the EXIMBAL mine for four years before closing it in the face of low nickel prices in l981. INCO’s abrupt withdrawal occurred in the midst of the Guatemalan civil war and in the face of charges of corporate complicity in the murder of Guatemalan protestors fired upon from EXIMBAL trucks.

INCO continues to hold a 12% stake in Skye Resources. BHP-Billiton, the largest global mining company, owns another 16% of Skye while also holding additional mining leases in the Lake Izabal region.

A six-person Peace Brigades International (PBI) delegation travelled to Guatemala for ten days in mid-August to meet with activists and leaders of organizations who are (or have recently been) given “protective accompaniment” by the PBI-Guatemala project’s eight international volunteers. We were joined by a similar fact-finding mission from a PBI-Spain (Catalunya) delegation.

The organizations we met represented labour, women, human rights, development, ecological, and gay and lesbian organizations—and, without exception, they all spoke to variations on a common theme: increased fear, increased threats and in many cases increased political violence from the authorities and unidentified right-wing forces harkening back to the terror-filled civil war years. As the leader of a women’s organization put it: “We are experiencing a return to counter-insurgency, but without the insurgency.”

With regard to resource extraction and human/labour rights, the PBI delegation visited two communities on the south side of Lake Izabal, directly across from El Estor, the site of the Skye Resources mining operation. The primary purpose of the trip was to meet with Eloyda Mejía, a very courageous and determined leader of a community organization known as ASALI, the Association of Friends of Lake Izabal. Eloyda Mejia had been accompanied by PBI since 2004 in response to threats she and others in ASALI have received for raising concerns regarding mining and oil projects that threaten the environment and the people of the region.

In 1999, the communities of Lake Izabal discovered that a 25-year oil concession of some 320,000 acres (including Lake Izabal) had been granted to the Atlantic Petroleum Company. In 2002, the concession was revoked by President Portillo in response to strong community opposition to a project destined to threaten the livelihood of El Estor and local residents, not to mention the environment. ASALI was created out of that victory against APC in l999, four years before INCO sold its mining concession to Skye Resources.

Over 1,000 fishers and their families depend on the 40 species of fish and other aquatic resources of Lake Izabal, the largest of Guatemala’s four lakes. ASALI has campaigned to defend the fishing culture of the communities and the unique natural resources of the Department of El Estor, especially the river systems that are associated with the Lake Izabal area. Eco-tourism and solar energy projects are considered priorities for the region, and these objectives are incompatible with large-scale mining and resource extractive projects.

When Skye Resources announced its plans to re-open the mining operation at El Estor by 2008, ASALI organized a local forum to discuss the impact of such a development. It was at that point that Eloyda Mejia began to receive threats, and it was then that she sought out PBI accompaniment. Subsequent investigations discovered that people had been paid to attend the ASALI forum to issue the threats. In Eloyda’s words, “without PBI presence, violence could have happened on many occasions.” Over the years, she has had to move her residence three times, and graffiti (“CGN”, the initials of the local Skye operating subsidiary) has been painted on her son’s store.

Present-day fears of and opposition to the re-opening of the mine (now known as the Fénix, or “Phoenix”, project) are derived largely from the living memory of many local Q’eqchi’ residents who endured the INCO years. The plant associated with the mine is only 3 km from the lake’s edge on the northern shore, and lake water will be used to cool the plant technology before being immediately returned to the lake. An important fish spawning area and a sanctuary for 15 species of birds are both within 10 to 15 km of the plant, causing concern to ASALI members.

The old INCO mine left areas devoid of vegetation and land problems associated with leaching. An abandoned community of 700 houses, offices, a hospital, school, strip mall, golf course and large industrial processing area have been a waste of resources and blight on the landscape ever since the EXIMBAL site was abandoned in the early 1980s. The oft-repeated refrain from mining companies that affected communities receive direct and indirect economic benefits is a hollow claim for Lake Izabal residents as a total of only $950,000 Quetzales (Cdn $ 140,000) was paid in 2004; that transaction occurred as a necessary condition for renewal of the concession.

The INCO/Skye concessions overlap with Maya Q’eqchi’ claims to indigenous lands which were never properly titled by the Guatemalan authorities as per the promises that made up the Peace Accords of l996. Within a few days of the land occupation in mid-September, representatives of various Q’eqchi’ communities testified before the Energy and Mining Commission of Congress. They insisted that they had purchased the land but had never received property titles. Further, Skye’s subsidiary had been granted these same lands as mining concessions and the company never informed nor consulted the affected communities, another commitment of the l996 Peace Accords broken by state and corporate authorities.

Our PBI-Canada delegation had the privilege of attending a community meeting on August 13 in Mariscos, a community on the south side of Lake Izabal that was severely affected by the old INCO operation 25 years ago. ASALI and the ecological organization MadreSelva (“Mother Jungle”) had been invited to lead a discussion on the impacts on this particular community if the Skye/GNC operation is allowed to proceed.

The company is pressuring the residents of Mariscos to agree to widen the winding, hilly road that connects their lakeside community with the highway that leads to the Port of Puerto Barrios, where the ore would be taken for sea transport to undisclosed destinations. The corporate plan would be to barge the ore from El Estor on the north shore of the lake to Mariscos on the south shore, where up to 200 mining trucks per day would then move the ore from the water’s edge to the ocean port. That’s right, 200 trucks per day!

The mood of the meeting was initially calm as community members watched video materials provided by the ASALI and MadreSelva speakers. During the subsequent discussion however, community members expressed anger at the fact that the company claims to have consulted and received approval for the road-widening and trucking operation. No such community consultations happened and no such support exists. A representative from the Mariscos Community Development Council was also outraged that an (unnamed) member of the community had agreed to participate in a pro-mining demonstration in Guatemala City three days before, on August 10.

(Our PBI-Canada delegation had observed this march of some 300-400 pro-mining “activists” in the snarled traffic of the Guatemalan capital at noon. We did not see much enthusiasm from the participants, perhaps because it was reported later that most of those in the march had been paid to attend by the mining companies, or threatened with the loss of a job if they were currently in their employ and did not participate. Subsequent reports in the daily press confirmed this arrangement. See “Where did the mining companies’ ethics go?” on the MiningWatch web site)

Such a demonstration reflects the desperation of the mining companies and their neo-liberal politician friends, a desperation that increases with every additional popular community referendum that overwhelming opposes foreign (commonly Canadian) mining projects. On August 17, for example, three days after our PBI-delegation left Guatemala for Canada, the communities of the Department of Huehuetenango overwhelmingly rejected mining as a “development” option for their region.

Canadian mining companies, most notably Glamis Gold in the Sipakapa region and Skye Resources (or is it really INCO or BHP-Billiton in disguise?) in the Lake Izabal region, are definitely engaged in neo-liberal ventures that put the profit motive of their shareholders above the interests of the affected indigenous communities, local laws, and even international human rights law. It is not necessary to go to Guatemala to understand that reality.

On the other hand, it is essential to be there to listen to the people speak of their fears and anxieties, to witness the anguish on their faces as they speak of the future in the language of the past terror of only a decade ago. It is heartening however to know that the oppressed will always collectively resist….and in doing so they call upon other Canadian organizations—MiningWatch Canada and PBI-Canada in particular—to strengthen relationships of solidarity for a common struggle which has as its objective the regulation of capital in the search for social justice and peace.