On July 2, sixty days after the end of six weeks of public hearings, the federal review panel examining the proposed Prosperity Gold Copper Mine released its report. We were very pleased to see many of our concerns, as well as those of the Tsilhqot’in and Secwepemc Nations, Williams Lake Council of Canadians, Friends of Nemiah Valley, Cariboo Chilcotin Conservation Society and others were reflected in the report which concluded that:

the Project would result in significant adverse environmental effects on fish and fish habitat, on navigation, on the current use of lands and resources for traditional purposes by First Nations and on cultural heritage, and on certain potential or established Aboriginal rights or title. The Panel also concludes that the Project, in combination with past, present and reasonably foreseeable future projects would result in a significant adverse cumulative effect on grizzly bears in the South Chilcotin region and on fish and fish habitat. 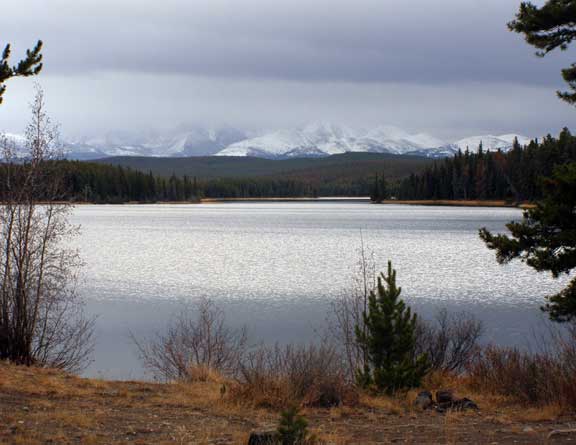 MiningWatch submitted detailed comments and Canada Program Coordinator Ramsey Hart participated in two weeks of hearings in Williams Lake, making presentations to the panel and questioning other presenters. We were also able to hire expert consultants to do technical reviews of fish habitat and socio-economic issues thanks to participant funding provided by the Canadian Environmental Assessment Agency. While these funds cannot be used for MiningWatch staff time they were essential for us to be able to participate effectively. The participant funding program is an important balancing and accountability mechanism in the environmental assessment process which was not available during the provincial EA process.

The provincial process did not have the benefit of participation from the affected First Nations, due to their decision to only participate in one process and due to their perception of betrayal by the province when it decided to not conduct a joint process with the federal government. The extensive public hearings that were held by the federal panel, including visiting the affected First Nations, provided much greater opportunities for participation that the information sessions held under the provincial review process.

The provincial process was not run by an independent panel but by government employees that ultimately answer to the BC Cabinet. The mining industry is a significant supporter of the BC Liberal Party and Taseko Mines Ltd. is no exception, having made more than $30,000 in contributions to the party as the provincial environmental assessment   process was unfolding. This raises serious concerns about potential for political manipulation and conflict of interest in the provincial process.

There was also a time limit placed on the BC process, which had to be completed within 180 days (excluding time for the proponent to respond to questions from the Environmental Assessment Office). The Federal Panel raised concerns that this tight time line may not have allowed sufficient time to examine the issues and that the BC decision may have been reached prematurely without resolving areas of significant uncertainty.

These differences help to explain why the province has approved the project, though it did find that there would be significant adverse environmental impacts. The province however concluded that these impacts would not be as extensive as the federal panel found, and that the construction of “Prosperity Lake” to compensate for lost fish habitat would provide considerable mitigation for the draining of Teztan Biny ("Fish Lake") and the loss of lake and stream habitat in the upper Fish Creek watershed. The province did not have the benefit of reviews by MiningWatch’s consultant Dr. David Levy or the eminent Dr. Gordon Hartman both of whom provided ample evidence that the proposed habitat compensation plan was highly unlikely to succeed.

Unfortunately the mandate to make a final recommendation regarding the project was written out of the federal panel’s terms of reference and they were only able to provide information relevant to a decision about possible justification of significant adverse effects. The decision now rests with the federal Cabinet, though even if approved the project could still be stopped through legal action by the Tsilhqot’in National Government, which has a strong case for exerting fishing rights to the proposed mine site.

The federal cabinet needs to hear from Canadians that approval of this project would be an unacceptable affront to commitments to First Nations made in the residential school apology and in the UN Declaration on the Rights of Indigenous Peoples. It would equally be an affront to the EA process and to Canadian commitments to pursue sustainable development. Visit the MiningWatch web site to see our action alert and for more information about the project.