Canada Pushes More Mining During PDAC 2022, Even as Indigenous Leaders are Detained in Ecuador

(Ottawa, ON) Despite widespread opposition to mining in Ecuador, government officials and Canadian Ambassador Sylvie Bédard rubbed shoulders with industry representatives during "Ecuador Day" at the Prospectors and Developers Association of Canada's (PDAC) annual conference in Toronto yesterday. Promoting faster environmental permitting and a rushed Indigenous consultation process, both the Canadian and Ecuadorian governments are pushing an agenda of massive mineral extraction in the South American country.

But mining-affected communities continue to pay the price.

Early this morning, the president of the National Confederation of Indigenous Nationalities of Ecuador (CONAIE) Leonidas Iza was detained and taken away by people dressed in police and military uniforms. His detention comes in direct response to the national strike called yesterday by CONAIE, demanding that President Guillermo Lasso’s government issue a moratorium on mining and nullify Executive Decree 151 – the Action Plan for the Mining Sector. Iza's whereabouts are currently unknown.

In response to yesterday’s strike, the streets in Quito have been heavily militarized. National and international human rights organizations are fearing that a recently-passed law granting powers to law enforcement to fire live ammunition against protesters might be used.

“This law legitimizes any kind of state violence against organizations who reclaim their rights. It is women and Indigenous communities who are on the frontlines of defense against mining companies who will face this brutal repression,” says Graciela Calle from the Southern Women’s Ecological Movement in Cuenca, a region threatened by the Canadian company Dundee Precious Metals’ Loma Larga gold-arsenic mine.

While yesterday’s national strike was shutting down highways in Ecuador, representatives from the Ecuadorian ministries of Mining, Environment and Commerce spoke at PDAC 2022 on the advances made to aggressively deregulate the sector and the need to promote investment in sustainable mining – something organizations within CONAIE have denounced as posing an existential threat to Indigenous self-determination and the country’s impressive biodiversity.

Canada’s diplomatic service is a key player in this transformation. Canadian Ambassador to Ecuador Sylvie Bédard was applauded at the convention for the “fundamental contributions she has made for the industry’s growth,” including spearheading the Mining Consultative Public-Private Council set up to troubleshoot solutions for the mining industry. She has played a pivotal role in assisting Ecuador with fast-tracking a regulatory process for Free, Prior and Informed Consultation that would enable the controversial opening up of Ecuador’s mining cadastre — the system which organizes and doles out mining titles — by the end of the year.

During the event, Ambassador Bédard slipped into a speech which made it hard to distinguish Canadian government officials from the companies they purport to assist. Notably she said: “The most recent discoveries position Ecuador as a potential leader in South America in gold, copper and silver metal: this is the central piece of Ecuador's strategic development plan. The challenge for us in the mining industry is to develop it in the right way in a responsible and sustainable manner.” [Emphasis added]

The Indigenous Shuar Arutam Government Council (PSHA) recently released a statement condemning the embassy for working at the behest of mining companies and failing to fulfill its responsibility to uphold the rights of those harmed by Canadian companies.

For watchdog organizations like MiningWatch Canada, the noticeable shift in industry language over the last few years to focus on sustainability is not well-intentioned. “It's clear that Canada wants to develop a check-box exercise for Indigenous consultation that does not contemplate consent in order to open up these megadiverse Indigenous lands to further mineral development as soon as possible,” says Kirsten Francescone, Latin America Program Coordinator for MiningWatch Canada. “The word ‘sustainability’ is being used to hide serious deregulation of the environment and violations of Indigenous and community self-determination.”

Jose Antonio Dávalos the sub-secretary of the Ministry of Environment, Water and Ecological Transition applauded changes to expedite environmental permitting and licensing processes from a “gruelling 15 months to an impressive two,” thanks to Executive Decree 151. “Mining is no longer our enemy at the Ministry of the Environment,” Dávalos said proudly during the PDAC convention.

Since Decree 151 was passed in August 2021, it has been criticized by CONAIE and human rights organizations as a way to aggressively expand mining in Indigenous lands where consent has not been given.

“Decree 151 accelerates the handing over of mining concessions and the approval of environmental permits at a time when the country does not have qualified personnel to regulate or control mining activities and when the population is rejecting mining,” says Carlos Zorilla, a representative of the National Anti-Mining Platform CAMINANTES.

“The Decree guarantees a dangerous increase in socio-environmental conflicts in communities who were never consulted about mining,” Zorilla continues. “Yesterday’s arrest of the president of CONAIE only exacerbates the problem.”

Despite claiming to do a “new, responsible” mining, CONAIE warns that Executive Decree 151 will merely exacerbate the environmental and socio-economic impacts of mining.

This kind of greenwashed industry doublespeak was loudly rejected by protestors who blocked the roads in front of the conference convention centre yesterday. 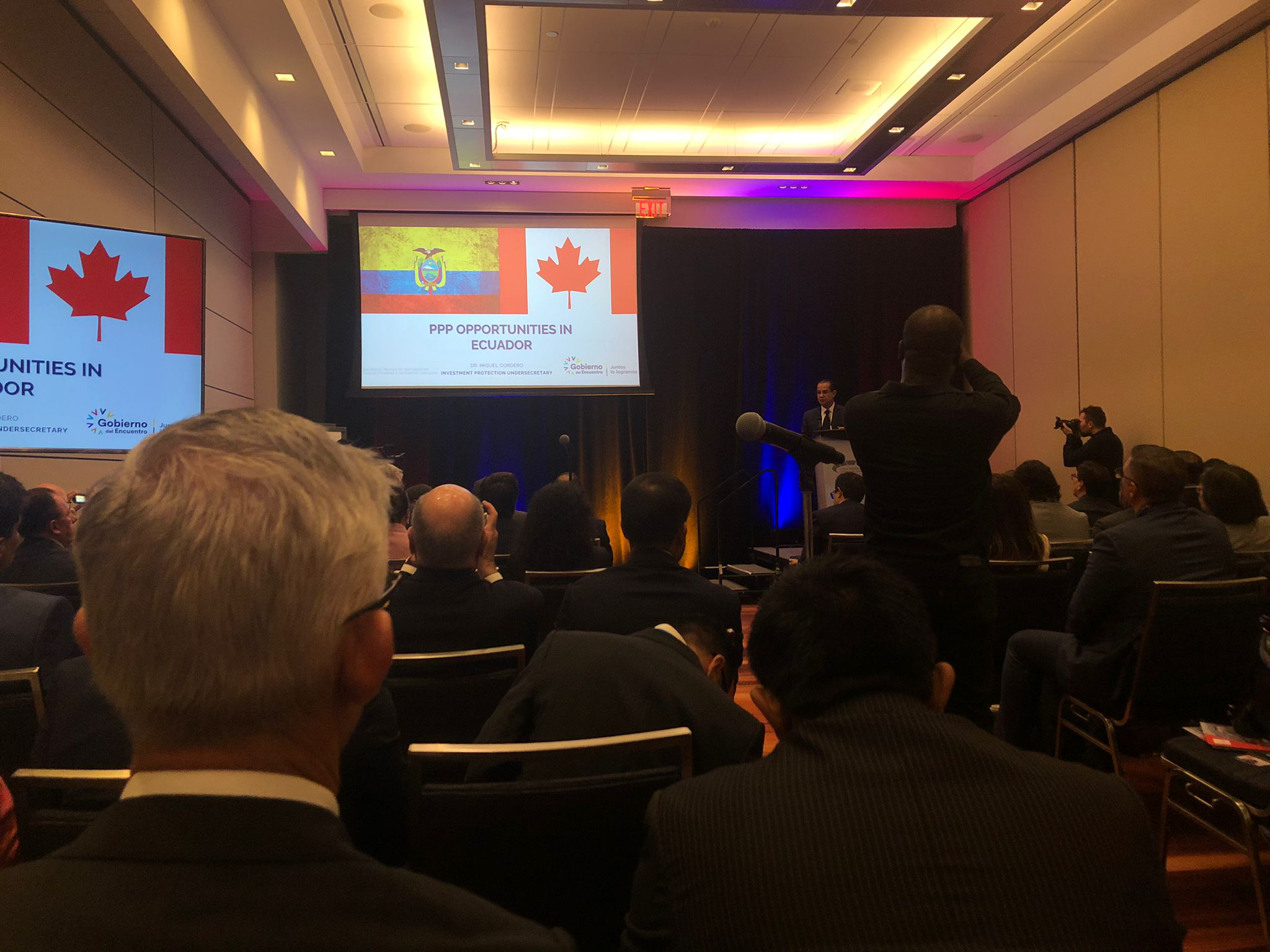