EMCBC Mining and the Environment Primer: Environmental Impacts of Mining 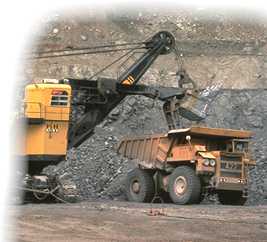 An actual mine site is just one point in a long line of activity before and after the digging starts. It is also at the centre of a geographical web of transportation routes (roads/barges/air access routes), energy infrastructure (dams/ power lines), tailings ponds, waste rock piles, and processing plants.

In the right place - and with the right company, new technologies and some good planning - many of the potential impacts are avoidable. History has shown that good environmental performance is most likely when you have the cooperation of sound regulations, freedom of information, a responsible company and labour force, and an informed, effective public. When these factors are in place, there is accountability and transparency built in.

At the same time, there is a simple truth that there are some places where mining, even of the most precious of metals, is completely inappropriate. The challenge we face as conservationists and consumers of mineral products is to know, where, how and when it is possible to have environmentally sound mining operations.

The primary environmental damage from the mineral industry happens during the extraction of the raw materials. Unfortunately, our consumption of virgin mineral materials has increased at a staggering rate over the past 100 years, despite the fact that minerals are durable and can very effectively be recycled. The World Watch Institute reports that, while the world population doubled, the global use of minerals increased tenfold between 1750 and 1900. Since 1900 the increase has been thirteenfold again.

While the rate of extraction has increased over the years, the average grade of ore (percentage of useable minerals) has steadily decreased. This means that waste and the amount of disturbance per ton of mineral is also increasing. In Canada the mineral industry generates 1 million tonnes of waste rock and 950,000 tonnes of tailings per day, totaling 650 million tonnes of waste per year. This is more than 20 times the amount of solid waste generated each year by all the residences, industries, commercial establishments and institutions combined.

Another key environmental factor in mining is its large-scale requirements for water and energy use. It is estimated that mines and smelters around the world now account for 5-10% of the world's energy use. Much of that total is in either fossil fuels or hydroelectricity, both of which can have very significant environmental fallout.

Each stage of the mining process has the potential for different impacts of various degrees. The impacts will depend on the sensitivity of local terrain, the type of technology employed, the skill and knowledge of the company and our ability to monitor and enforce compliance with environmental regulations.

Here are the general stages of mine development, with summaries of activities and environmental issues.