Primer on Mining and the EnvironmentLabour 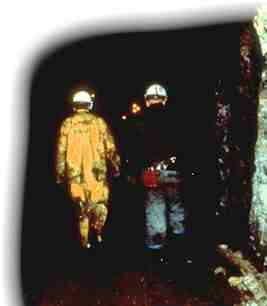 Mine workers and their families are among the first to feel the impact of poorly designed mines. Over the years, labour activism has been the most important force in improving the safety of the mine environment.

The long and often bloody history of mining (from the assasinated union organizer Ginger Goodwin to the recent Westray disaster) has produced some strong and progressive labour unions. The environmental policies of organizations such as the United Steelworkers and the Canadian Autoworkers (CAW) reflect a growing awareness of connections between the environment and the economy, as well as the links between health, safety and environment.

There, the Steelworkers local has included environmental protection clauses directly into its collective agreement. Their contract includes:

On that site, the company and workers have developed systems for the full recycling of batteries, hydraulics, lubricants and anti-freeze, complete with an on-site waybill monitoring system for toxic substances. In addition to this, there is a metals and paper recycling program.

The mine has also adopted a "staged" reclamation process that cleans up and reclaims areas on an ongoing basis, rather than leaving reclamation for the end of the mine life. This approach has the benefit of accelerating some level of site reclamation, while creating jobs and saving money. While the long term ecological success of the reclamation plan remains to be seen, the approach to the whole mining operations represents a significant step towards a more environmentally sound mining process.

Making contacts with mine union locals is an important step for environmental groups. The more they know, the more they can help you. Sound environmental practices are fundamentally linked to the health and safety of people on site and off site. They can also help create jobs and make an operation more efficient. The Highland Valley Mine makes $17 million in profit in a typical year, and employs some of the highest paid miners in the world.