The streets are hardly paved with gold. Despite producing gold on an industrial scale since 1873 – over nine million ounces’ worth – the place is really not much better off than the rest of the country. Scattered chunks of tarmac are the only evidence that the main road from Tarkwa to Prestea had once been paved. 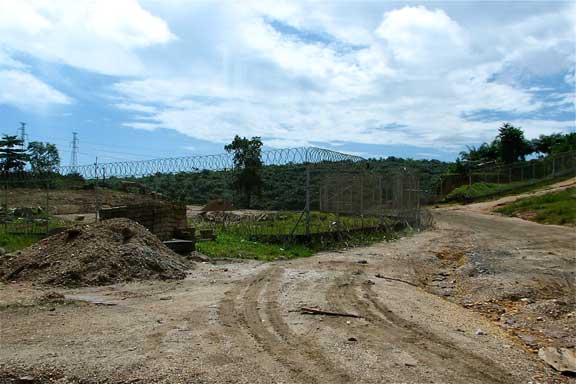 It’s sadly representative. Golden Star Resources does employ a high percentage of Ghanaians, in addition to sponsoring local “corporate social responsibility” development projects. But it’s a drop in the bucket, far fewer than those displaced from their land, and the limited percentage of profit not removed from the country does little for the communities near – or in the middle of – the mines. 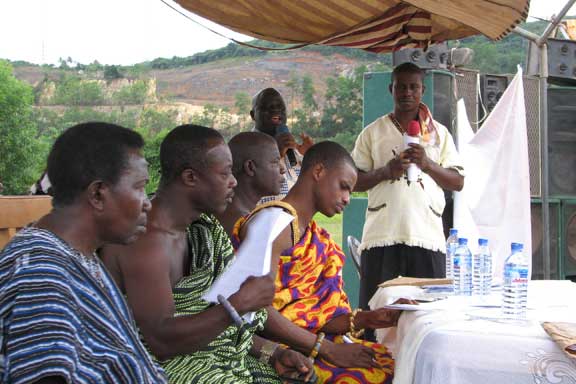 I’m in Prestea for the annual conference of the National Coalition on Mining (NCOM), and people have come from neighbouring communities and from halfway across the country to participate. The stories are depressingly similar, of farmers pushed off their land and water supplies contaminated by transnational mining companies, of villagers shot and driven over by police and company personnel, of deep poverty in the shadow of multimillion dollar mining projects.

There are also signs of progress. There is still a lot to be done, but as one local organiser put it, at least no-one has been shot for several years. Several compensation cases have been settled or are near settlement for communities displaced and farmland taken over by mining. It’s testimony to the work of the National Coalition on Mining and the groups that are part of it. Working tirelessly with affected communities, government officials (including the Ghanaian Commission on Human Rights and Administrative Justice), other organisations, and the media, the members of NCOM have been successful not just in bringing the plight of mining-affected communities to national attention, but actually bringing those communities into national debates on mining issues. NCOM has provided legal support to people fighting for reasonable compensation for lands lost to mining as well as providing organisational support and working with government officials and the media to help them gain a deeper understanding of the multidimensional impacts of mining. 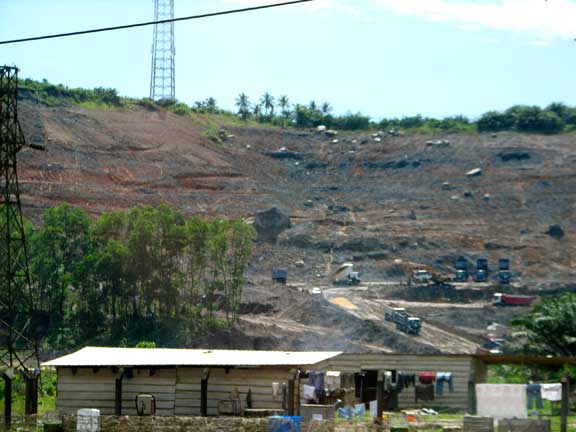 The failure of past mining activities to deliver development, or even to deliver benefits much beyond the investors and some local business interests, has led the Ghanaian government to listen to the community and organisational voices that have long been criticising the World Bank/IMF model of liberalised economic development, and there is now an open recognition that just as the mining companies have to do more to protect the environment and the people around their operations, the government has to do more to regulate mining operations – and to capture taxes and royalties from them. Mining is a large part of the Ghanaian economy, and it’s likely to remain so. The challenge is to turn all that economic activity – capital-intensive and largely oriented outside the country – into a real part of the national and local economy, and to build institutions that can effectively monitor and control the social, economic, and environmental impacts of the mines.