Join MiningWatch Canada, Oceans North and other Canadian organizations in calling for a moratorium on deep seabed mining in international waters. Sign the parliamentary petition we have co-sponsored.

Canadian mining companies are on the forefront of efforts to extend mining and its harmful impacts into the world’s oceans. The Canadian government has been missing in action in international negotiations about the rules for mining of the seabed in parts of the ocean known as the Common Heritage of Humankind. All of humanity will suffer the impacts of further degradation of the ocean’s ability to sustain life on earth, but the most immediate impacts on food security will be felt by many of the world’s most vulnerable island and coastal communities. MiningWatch joins scientists, governments, and Pacific and global citizens in calling for a moratorium, or ban, on deep seabed mining.

Canadian mining companies seek profits in the deep sea, and in mining the markets

Canadian mining company Nautilus Minerals Inc. secured the first global permit for deep seabed mining, in 2011. The permit was for mining of hydrothermal vents in the territorial waters of Papua New Guinea. Amid sustained opposition by Papua New Guinean coastal communities the company went bankrupt in 2019 leaving the Government of Papua New Guinea with a debt of $125 million. Some of the early investors in Nautilus, such as Gerard Barron, profited when the company went public raising and raised over $400 million. Barron reportedly ‘turned a $226,000 investment into $31 million’ in six years.

Nautilus founder David Heydon, created another deep seabed mining company, Canada’s DeepGreen Resources (now DeepGreen Metals) in 2011, and brought Barron into that company as CEO. DeepGreen holds three exploration licenses, through subsidiaries and a partnership, in the Clarion Clipperton Zone of the Pacific Ocean, where the company is targeting polymetallic nodules for mining.

These nodules have taken millions of years to form and are critical habitat substrate for a surprisingly biodiverse deep sea ecosystem, of which very little is known to date. The polymetallic nodules are also essential for food-web integrity. Scientists agree that the risk to deep sea biodiversity, much of which has yet to be discovered, is significant and that mitigating eco-system destruction from mining is impossible.

DeepGreen is currently planning to take the company public as The Metals Company via a so-called “blank cheque” special purpose acquisition company (SPAC). While Barron is marketing the new company to potential investors as providing a “sustainable and cost effective alternative to traditional land based extraction” critics warn that “aside from being fundamentally unsustainable (…) the business proposal (…) is riddled with a multitude of risks” including “[w]orldwide concern from business, governments, scientists and civil society calling variously for a moratorium or ban on DSM.”

DeepGreen’s exploration permits derive from an unprecedented intergovernmental body called the International Seabed Authority (ISA) “with 168 members, each with their own political priorities and interests…attempting to act as a minerals licensing, monitoring and enforcement, and revenue collection agency.”

Profits for DeepGreen’s investors depend on the company receiving an exploitation license from the ISA, which is still attempting to come up with rules and regulations for any future seabed mining.  Draft regulations that were recently released for comment are so weak as to raise significant concern that the ISA is rushing, under industry pressure, to get the regulations done on time to meet the industry’s ambitious commitments to investors.

Canada is a member of the ISA. Canada sits on the Council; the executive body at the ISA. Canada’s representative to the ISA is on the Finance Committee. And yet, Canada has repeatedly failed to submit comments on the evolving regulations.

Canada has regulations that would effectively ban deep seabed mining in Canadian territorial waters. Provisions under the Fisheries Act limit the amount of sediment (suspended solids) that may be released in fish bearing waters in recognition of the harmful effects on fish. Deep seabed mining models project that heavily-sedimented effluents will be ejected from a support ship 24 hours a day 7 days a week. The creation of large sediment plumes in the marine environment is widely recognised as one of the most harmful aspects of deep seabed mining, not only at the seabed itself, but also in the biorich mid-water regions where these effluents from the ship will be discharged.

Canada’s failure to play an active role at the ISA in promoting protection of the marine environment, despite Canada’s international commitments to do so, raises serious questions about Canada’s commitment to protect our territorial waters from deep seabed mining.

Finally, the Canadian government is also failing to respond to concerns raised by Canadians, including a Joint letter from 19 Canadian organizations to six Government of Canada Ministries   sent earlier this year.

It is time for the Canadian government to respond to the global calls for a moratorium on deep seabed mining and to concerned Canadians who recognize the key role our oceans play in maintaining a sustainable planet. We hope you will sign the parliamentary petition. 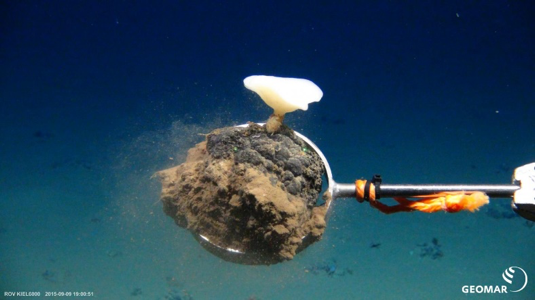