Justice Now! Eight Years of Impunity Since the Murder of Mariano Abarca in Chiapas, Mexico

Eight years ago today, Mariano Abarca was assassinated in front of his family restaurant in Chicomuselo, Chiapas. A father of four and founding member of the Mexican Network of Mining Affected People (REMA), Mariano Abarca was killed in connection with his leadership in the fight against the social and environmental impacts of Blackfire Exploration’s barite mine that operated for two years in Chiapas. Prior to his murder, Mariano received threats and attempts to intimidate him, including being imprisoned without charge for eight days on trumped up allegations filed by company representatives. All of the suspects in his murder have some connection to the Calgary-based mining company, but the Abarca family has yet to obtain justice in Mexico or in Canada.

In June of this year, the Abarca family along with the Human Rights Centre at the Autonomous University of Chiapas, Otros Mundos - Chiapas and REMA, presented a complaint against Mexico to the Inter American Commission on Human Rights. They allege that the Mexican state is responsible for failing to take the necessary measures to protect Abarca’s life and for not carrying out a serious, objective, and impartial investigation into his murder. The petition further argues that the Mexican state let itself be influenced by repeated Canadian Embassy interventions on behalf of the company.

The petition cites information obtained under an access to information request and reported on by the United Steelworkers, Common Frontiers and MiningWatch Canada that showed how Embassy support for the company was essential for putting the mine into operation and managing the conflict that quickly emerged as local residents became upset with the environmental and social impacts from the project. According to the documentation obtained, the Embassy closely monitored the growing conflict, and yet disregarded complaints raised by Mariano Abarca and others, not only about environmental impacts from the mine, but also about armed workers acting as shock troops for the company. When Mariano was detained for eight days without charge, the Embassy received 1,400 letters from Canada and across Latin America expressing dire concern for his safety. But its communications with Mexican state officials, as revealed in the access to information release, were instead oriented toward protecting the company’s interests. Even after Mariano’s murder and after the mine was shut down on environmental grounds, the documentation shows that the Embassy still provided support to the company, advising it about how to sue the Mexican state under the terms of the North American Free Trade Agreement (NAFTA).

Show your solidarity and sign this online petition to demand #Justice4Mariano

The situation in Mexico and the region has only worsened since Mariano’s murder: land and environment protectors face ever more dangerous circumstances in which to defend their lives and wellbeing, and are frequently subject to legal persecution and demonization in the press. Research undertaken by the Justice and Corporate Accountability Project has found that between 2000 and 2015, there were at least 44 deaths, over 400 people injured, and over 700 cases of criminalization in connection with 28 Canadian mining companies operating in 13 countries in Latin America. In this study, Mexico was found to be one of the most dangerous; and just this month, Victor and Marcelino Sahuanitla Peña were murdered in the context of a labour dispute at Torex Gold’s mine in Guerrero.

The undersigned organizations wish to extend our ongoing solidarity with the efforts of the Abarca family, Otros Mundos - Chiapas, the Human Rights Centre at the Autonomous University of Chiapas and REMA to seek justice for the criminalization and murder of Mariano Abarca and all those who have been murdered, threatened, violently displaced, legally persecuted, demonized or dispossessed of their land, water or livelihoods as a result of the context of impunity in which Canadian mining companies are operating in Mexico and much of the region, as well as all of those who are working to defend their water, land, lives and wellbeing to prevent such harms from taking place.

In this vein, we urge the Canadian government to stop intervening on behalf of companies operating abroad and to respect Canada's commitment to implement the UN Declaration on the Rights of Indigenous Peoples by replacing its corporate social responsibility strategy for the extractive sector with measures to ensure fundamental respect for peoples’ right to self-determination and free, prior and informed consent before any mining activities occur. This must be accompanied by effective access to Canadian courts for personal and collective damages, criminal prosecution of serious abuses, and an independent human rights ombudsman office with robust powers to undertake effective investigations to help redress and deter harm. The existing model of trade and investment protection agreements that allows companies to sue governments in international tribunals must also be replaced by a new model of cooperation and exchange among nations that puts people, workers, and the environment first. 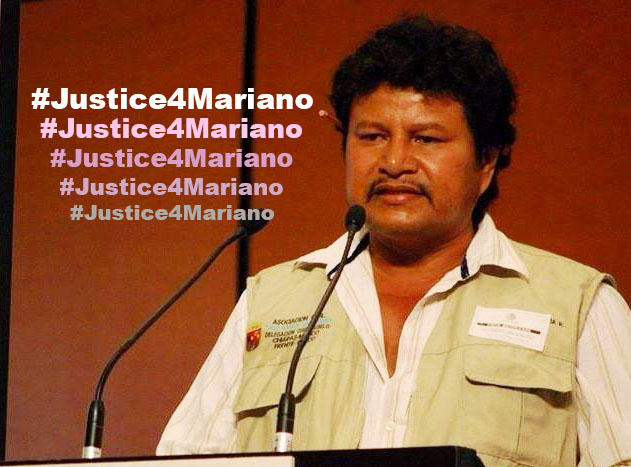